Our club’s annual Jean Pelham Charity Day proved to be a winner for all concerned.  The charity organizers had a squad of volunteers on site early preparing lunch for 15 pairs of bridge players. Charity volunteers organised several varieties of soup and crusty bread for a famished membership. Well done to the Charity team and all those who helped out with sweet treats.  We’ll let you know ASAP the total amount raised. 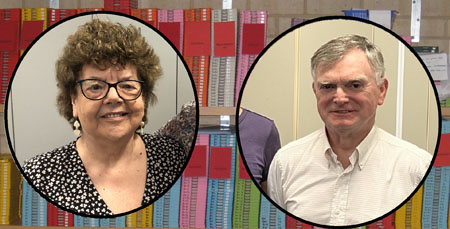 As far as bridge is concerned we were short seven pairs on last year.  Christine Hadaway and Chris Hannan won the day hotly pursued by Sylvia Foster and Lorraine Lindsay. There was only a single percentage point in it. Martin Johnson and Chris Hasemore were not far away taking the final podium spot. Well done players.

Jean Pelham called a meeting of interested bridge players to be held at the Woy Woy Progress Association Hall on Monday 1st September, 1975.

Twelve people attended the meeting and voted to form the Brisbane Water Bridge Club.  It was decided to play on Monday afternoons at 1.30pm and Wednesday nights at 7.45pm at Woy Woy Progress Association Hall (a small room with a tiny kitchenette) at a rental of $3 per session.  Auction and Solo players were to be welcomed and beginners were to be taught in order to increase membership.

A committee was formed and Jean Pelham was elected President.  The first item of importance was the provision of tables, cards, boards etc.  Jean Pelham offered to purchase all necessary equipment, to be repaid by the club at a later date.

After the meeting a game of bridge was played and ten members joined the club.

Members always look forward to the drawing of the Charity Raffles which were interspersed with breaks in play. Thanks to all those people who donated the prizes for our special day.

Twelve teams entered round 2 of the Interclub Teams event held at our club.  Our club fielded 8 teams with Gosford, Bateau Bay and Long Jetty making up the rest.  It was particularly pleasing seeing all four clubs participating making the event truly Interclub.

BWBC Team Tomlinson won the tournament with 6 wins giving them a 9 point VP buffer over their closest opponents Team Coats 2nd. Brisbane Water filled the next 4 spots making it a great day for our membership.

The event was directed by Ronnie Ng who kept a firm eye on proceedings.

Lunch, drinks and nibbles were supplied throughout the day which was greatly appreciated by players. Special thanks to Suzanne, Caroline and Connie for taking care of this all important aspect of bridge.

Ten duos fought out our Club Championship for Mixed Pairs. The championship also doubles as a State Championship qualifying event with the best available pairs being sponsored for the tournament final held at the NSW home of bridge in May.

Best member pair was Christine Hadaway and Martin Johnson with a comfortable 6% win. Whilst 1st place was clear cut the battle for the other podium spots was red hot. Both pairs scored great percentages so there was little in it. With 0.46% separating the combatants probably one board result was the difference. Well done to Marcelle Goslin & John Aldersley 2nd and Felicity Fane & Jim Routledge 3rd.

Well done to playing Director Christine who did a great job running the event smoothly.  She must have scared the players as there were few director calls.  Clearly the players were behaving themselves!

A lovely day of bridge.  Thanks all.

We are keen to run a ‘Rookie’ contest in conjunction with each red point event.  Unfortunately, the numbers were just not there today and we need a minimum of 3 tables to go ahead... maybe next time

A lovely afternoon of bridge... thanks all.

Eight tables and a close finish in both NS and EW with no certainty of the winners till the final board.
Well done Jim Routledge and Marcelle Goslin(NS), and Lorraine Lindsay and Chris Hannan (EW)

The Club Swiss Pairs Championship was fought out over 6 x 9 board matches.  The event attracted 16 duos representing all levels of play at the club.  At the end of round four, eventual winners David Bowerman & Dasha Brandt made it to the leaders table. In the final round they clashed with previous dual winners Jaan Oitmaa & Sylvia Foster.  Despite having to endure a 6NT slam against them, David & Dasha managed to stay at the top taking the championship with a 2% advantage.

The contest for 2nd was a three way battle. Who’s ever heard of a 3 way tie but that was the case!  Well done to Sally Clarke & Jan Clarke, Jurate Laisve & Trish Byrnes and Christine Hadaway & Chris Hannan.

Some really good bridge was played over the tournament.  There were many interesting hands that proved to be quite a challenge to bid properly and were quite decisive in the final round scoring.

Our thanks must go to Director Alan Bustany for filling in at the last moment for a covid stricken Ronnie Ng. Thanks also to those who contributed with special treats for us to enjoy during the day.  Well done to subs Beryl Lowry & John Aldersley for filling a vacant spot with only 20 minutes notice.

A great day of bridge – thanks all.

We all had an enjoyable session with our partners for the day.  Lots of players stayed on for a few celebratory drinks which capped off a memorable day.

Now for those of you who believe the dealing machine is in league with the devil check out boards 25, 26 & 27. Three slams in a row. Grrrrr…

In summary, a lovely session of bridge sure to be repeated next year.

Twelve teams signed up for the 2022 Open Teams Club Championship our premier event for the year.  The tournament was held over 2 sessions.  Team Clarke (Sally Clarke, Garry Clarke, Di Coats, Jan Clarke) won the day with 5 wins and a loss.  Team Foster picked up 2nd spot on the podium and looked likely winners leading at the completion of most rounds but were overhauled by the winners in the final moments of the competition. 3rd spot went to Team Whigham.  They played steadily throughout the tournament finishing with a 3–0–3 record.

It was great to see interest by some of our Novice and Restricted players. With the top teams in full flight it was always going to be difficult for them.  However, they acquitted themselves well and made the most of the learning opportunity.

The championship was directed by Ronnie Ng in a very competent and skilled manner.  Thanks Ronnie.

Our Club Championship for Novice Teams was held over two Wednesdays. Team Aldersley (John Aldersley, Beryl Lowry, Marcelle Goslin, Meryl Duke) prevailed scoring 4 wins and a loss giving them an impressive final total of 86 imps.  Well done players.
A tense final match was ensured when after four matches the top teams were separated by the tiny margin of 0.03 VPs. 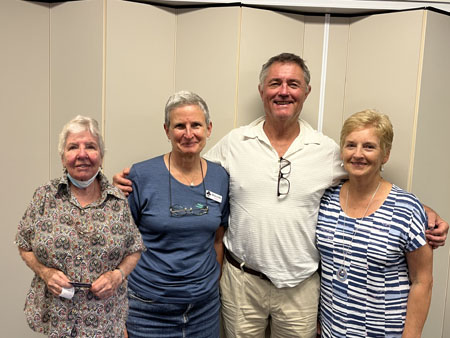 Thanks to Director Peter Hume for officiating over the two weeks. It’s interesting to note that, as a player, Peter has won this event more than once over the years.

If it does not display in your browser, click here to display BWBC Google calendar 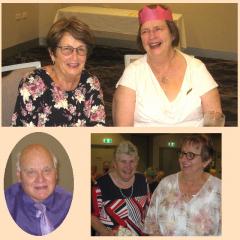 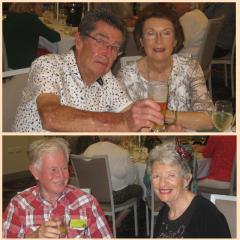 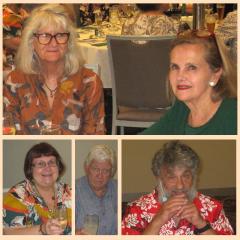 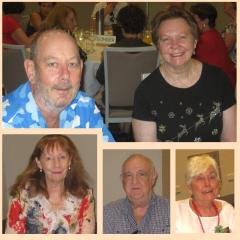 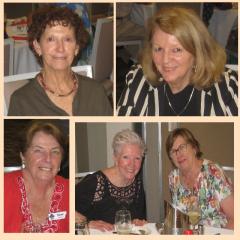 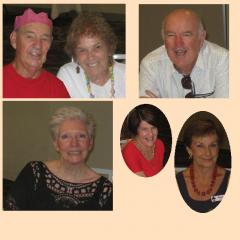 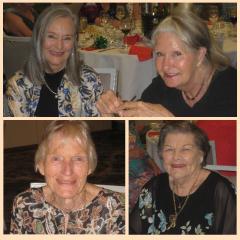 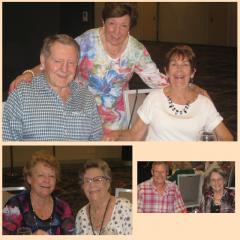 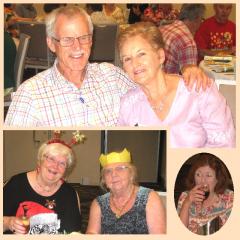 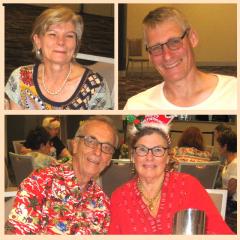 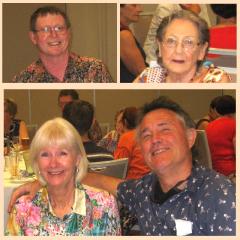 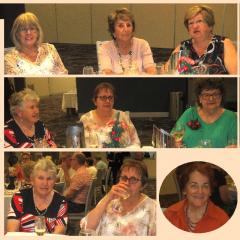 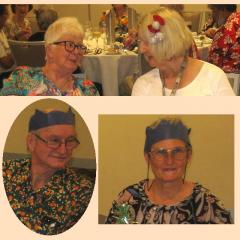 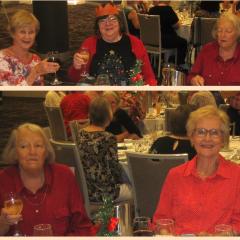 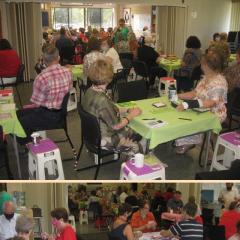 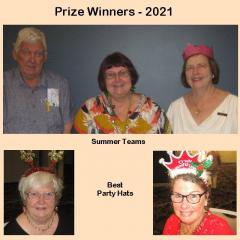 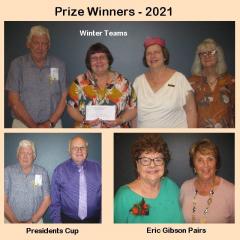 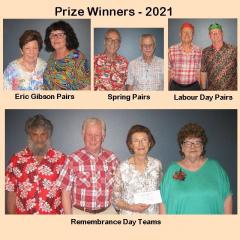 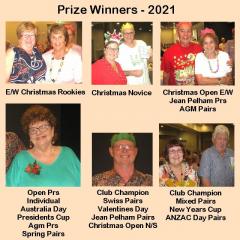 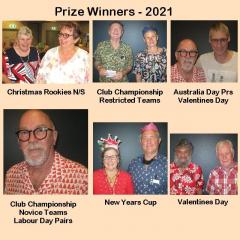